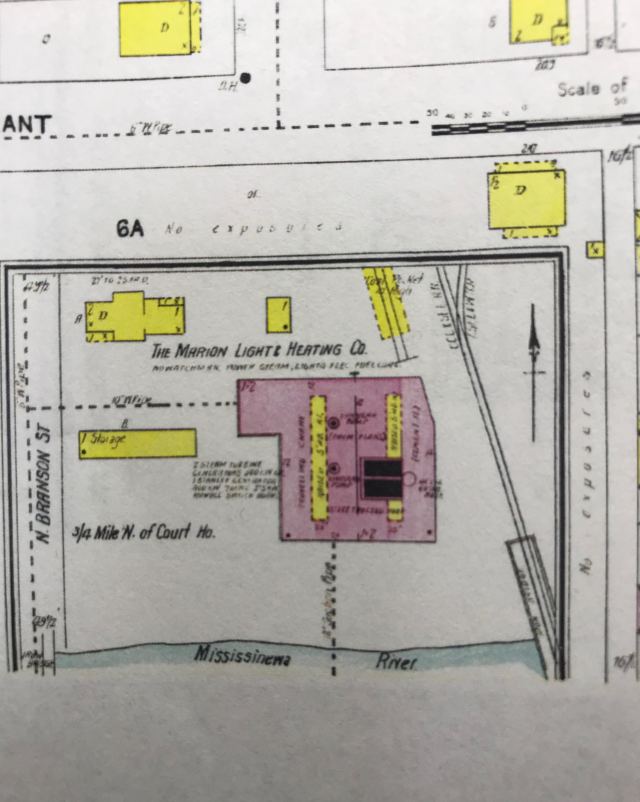 The mystery of the tunnels solved! As work proceeds on the restoration of downtown buildings reports of bricked-up basement tunnels come to light. What were they used for?

The answer is steam heat. From 1907 to 1959 the steam by-product of local electric utilities was used to heat building in downtown Marion.

In 1907, a larger plant was needed to meet increased demand. A new facility was built on N.Branson  Marion Light and Heating served over 1000 customers. Rate 12.5 cents/kilowatt hour. One of the first turbine generator. The fuel was changed to coal due to the gas production decline. The boiler was initially hand fed in early days until stokers were brought in.

1948  GS merged with Ft.Wayne Indiana Service became  I and M.

1960- The building was demolished.